Late last year the New York Times published a piece as part of their wine school extolling the virtures of Montsant, a part of Catalonia about 90 minutes southwest of Barcelona. I have just been there for maybe the fourth time in the last two years, and everything in this statement is correct:

"Among the most interesting to me has been Priorat, a craggy, isolated hillside territory in Catalonia. Its best wines, sometimes made from old vineyards of garnacha (grenache) and cariñena (carignan), can be magnificent, full of distinctive mineral flavors. They also command some of the highest prices for Spanish wines.

...But fortunately, Priorat has a less expensive neighbor, Montsant, which offers wines made from a similar set of grapes that can be quite delicious in their own right. The relationship of Priorat and Montsant is not unlike that of Châteauneuf-du-Pape and Gigondas."

I know the locals might take exception to the whole comparison thing, but the reality is that these are two VERY intertwined regions. So much so in fact, that the separation between a winery's Montsant vineyards and those in Priorat can be nothing more than a tractor path or small creek. Such is the case with Mas de l'Abundancia.

See, if the New York Times can highlight a few wineries, so can we. But, we're going waaaaaay off the beaten path, deep into the Montsant wilderness and out the other side. One of these guys you'll recognize, the other you'll won't soon forget. 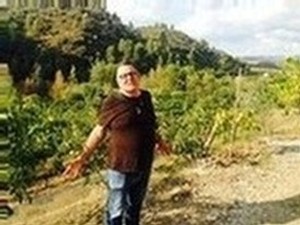 The Mas de L'Abundancia Monstant 2016 is flat out stunning. As complete a wine from this part of the world as exisits. Many neighboring Priorat would weep over the bottle! Cabernet Sauvignon, Grenache and Carignane work seamlessly together to create a silky, rich, chocolately and slightly chewy red wine.

Without question one of our favorite reds of Catalonia.