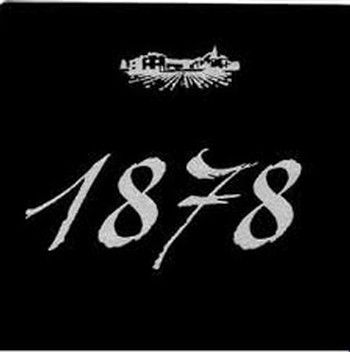 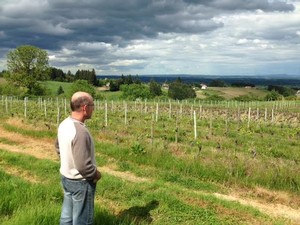 I spent a pretty and glorious afternoon with Jean-Claude about three years ago. I told him that I had visited a few other wineries in the region earlier that day and he winked at me as if to day, "well, you ended up at the right place." Four hours later I had made a new friend. We tasted some incredible wine together, learned an even more incredible story, and then we agreed to work together, with a handshake, while sitting at his kitchen table.

We've come to really love this part of France. There is a sort of magic trio of cheese (mostly cow's milk), beef (its the home of Charolais cattle), and wine (some of the finest, yet little known, examples of Gamay in all of France). Homes are seemingly sprouted from the earth, mostly built with the region's granit rose, a pink-hued granite that makes most farming impossible, but grape-growing incredible! It is a flat out gorgeous region.

This cuvée 1878 is the finest wine of the appellation and one of the finest wines we import. Period. It comes from a tiny vineyard of just under 1 hectare. In 2010 he and his wife Laetitia decided to commemorate the 400th anniversary of their heritage winery La Paroisse (the Parish) by creating a special wine produced only from these old vines. They appropriately decided to name it 1878. Elegant and simple. And this 2017, at merely 139 years old, might be the best yet...