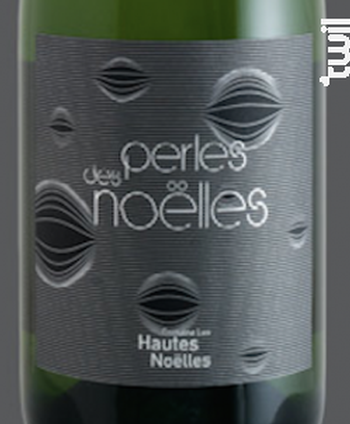 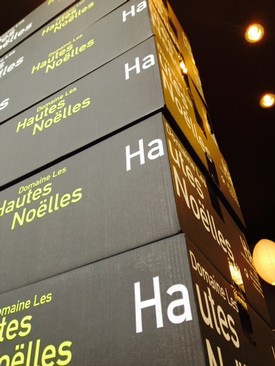 A new step was taken in 2010 when Jean Pierre Guédon bought Domaine Les Hautes Noëlles. An entrepreneur with a passion for wine, Jean-Pierre has mobilized a young crew of competent and motivated workers around him in order to bring the domain to still higher levels of achievement. (Jean Pierre has a sense of humor too. Look at how "funny" his boxes are!)

To preserve the environment, Domaine Les Hautes Noëlles is committed to a process of organic farming. For many years, no herbicide has been used in order to come back to older practices such as ploughing which allow our wines to enhance the expression of the soil and the work in the vines.

This sparkling treat doesn't exist. The small quantity Jean-Pierre makes each vintage is sold exclusively from his tasting room. We were lucky enough to beg and plead and he agreed to cut a little loose to our best customers.

Close your eyes and imagine a finely tuned, delicately bubbled sparkling wine. Bone dry to its core, refreshing and delicious, and a dead ringer for a wine of twice the price. Pass the oysters?