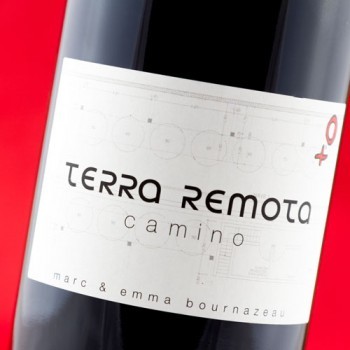 With this six-pack you'll be introduced to a mix of from all four countries from which we import--France, Spain, Portugal, and Italy. And, I wanted to be a little more value-oriented here, in order to show off some of very favorite $20 reds.

I hope you'll enjoy some of these on future Zoom tastings, and of course during your holiday meals.

The Mas de L'Abundancia Montsant HE-MA 2019 is truly a Montsant without parallel. Offering this wine at $15 is ridiculous. A recent bottle over pork chops and roasted potatoes was just perfect. A rich, complex, gutsy red offering with a deep saturated color.

Camino is a gorgeous, silky, refined red blend of Grenache, Syrah, and Cabernet Sauvignon, with fine dusty tannins. Good to drink now, but will age beautifully for up to 10 more years. I love this unique combo that feels a little bit Rhone, a little bit Bordeaux, and a whole lot of Spain.

It was during one of those typical moments of not knowing what the hell was about to happen next, that along with a small group of other Cru travelers a few years ago, we found ourselves trodding up a long driveway that overlooked the fantastic Lake Garda. We had just finished one of those stupidly epic lunches in the lakeside village of Lazise with Giovanna Tantini and Marco Zanoni. The plan was to walk off some calories and also take in the view. But only in the end did we realize what was happening. Not only were we at the highest point above the village, and yes the view was magnificent, but we had also arrived at their most prized and hidden vineyard--a 1 acre, garden-like parcel of Syrah.

Marco moved around among the vines with ease, a farmer at home among his prized plants, tasting a berry now and again, and wishing out loud he could exclusively spend all his days there. "Be sure to tell people about this place," he proposed to me. "It's pretty special." So I promised I would. And here it is.

The Adega Monte Branco is everything I love in the spirit of a young winemaker with energy, passion, and a determination to create something special and long lasting. I just love this plump, wild-fruited, opaque wine. The schiste soils give a haunting minerality, but the warm, dry sun of the Alentejo makes for a rich, succulent, saturated wine. A beautiful bottle to enjoy year round.

This playful little Red Gamay was the fan favorite of a recent trip with 18 consumers. I watched with glee as bottle after bottle was laid to waste at a lunch of sole with pommes de noirmoutier. It was a cool day, and we drank the wine a little cool too. I wonder how many of you will call for more?

Vincent Lagrave is a former rugbyman that farms exactly 1 hectare in Lalande de Pomerol, and is in the process of renovating a building using his own homemade scaffolding--made from old fruit picking bins and pallets! It will eventually become his winery, but he sees this as a 3-5 year plan. He's really in no rush. 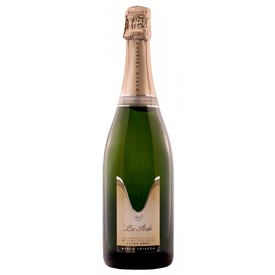 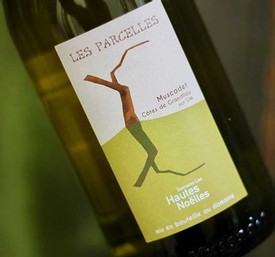