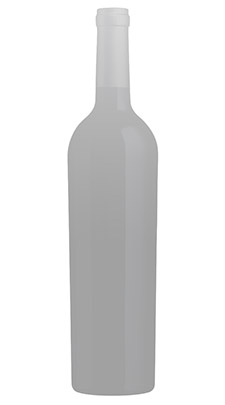 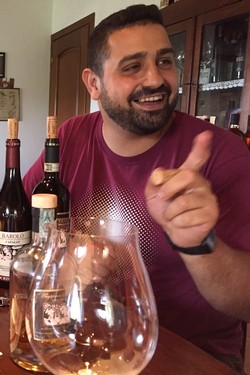 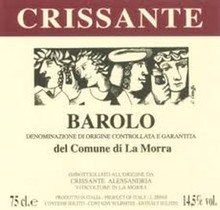 he family owns vineyards surrounding the frazione (hamlet) of Santa Maria and just below the pretty hilltop village of La Morra, a well-known address for Barolo lovers. There are a total of 6 hectares spread among 5 different parcels, all creating distinctly wonderful and delicious wines. Alberto makes 3 vineyard-designated bottlings but as I tasted his lineup it became clear that the introduction to his winery would have to be his first wine, a blend from among the vineyards just surrounding the cantina, and a wine he creates each year to show his "house style" if you will.