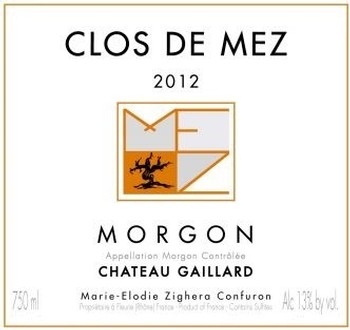 Marie-Elodie makes just two wines from small parcels in Fleurie and Morgon. Her Morgon, from a monopole vineyard parcel called Chateau Gaillard has been in her family since the late 1800's. And no joke, it could be mistaken for a village level Cotes-de-Nuits wine made from Pinot Noir. The wine reveals a silky elegance over an hour open in the glass.

It is one of our most unique treasures.