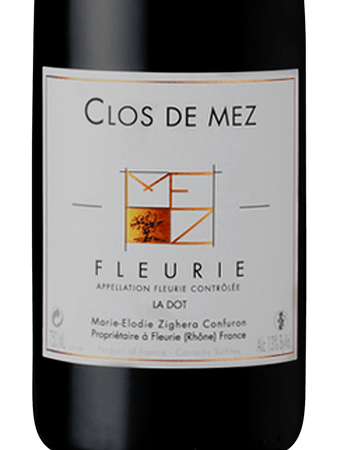 Marie-Elodie makes just two wines from small parcels in Fleurie and Morgon. Her Fleurie, from a vineyard parcel called La Dot, could be mistaken for a village level Cotes-de-Nuits wine made from Pinot Noir. The wines reveal a silky elegance over an hour open in the glass. They are among our most unique treasures.

2018 Fleurie La Dot--a vintage for the ages that combines 2013's ripeness with 2012's structure and acidity. There's a lot to love here and for me it is a picture of how Cru Beaujolais can be made without the bubble gummy quality.