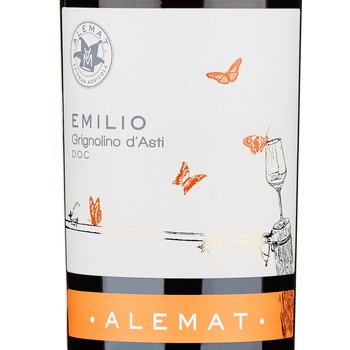 The Grignolino d'Asti 'Emilio' 2017 shimmers in the glass, one of the most unique wines in Piedmont. At once it is a pale, rosy color yet in the mouth wonderfully rich with a teeth-drying tannin. It reminds me of cranberry juice, but more 'adult.'