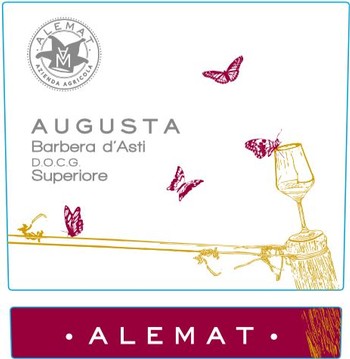 But I think Savio might be selling himself short. His own winery, called Alemat (a Piemontese slang for "You're CRAZY!"), is pretty darn impressive in its own right. Only 10 years into his wine career, Savio is turning out an exceptional product. This Barbera d'Asti Superiore 'Augusta' 2015 is hands down his best wine, filled with richness and structure. But, it also has a silky, fine tannin component that gives remarkable complexity.

Savio checked out of a career in heavy industry (pipe fittings) and began his small winery near Asti with a head of steam and scientific bent. His winery is simple, clean, and magnificent. On the ground floor is an infernot, a sort of hollowed out cave that are famous in the area. It was excavated in the 1850's and used for wine storage. Lots of farmhouses have them, and they are valued now as Unesco heritage sites. People come from all around to tour these by bicycle. (M.R.--you should check this out)