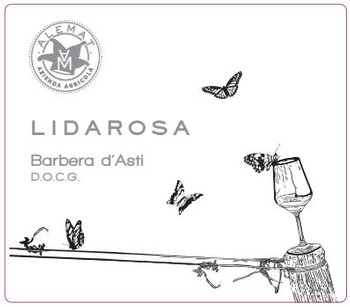 I think Savio Dominici might be selling himself short. His own winery, called Alemat (a Piemontese slang for "You're CRAZY!"), is pretty darn impressive in its own right. Only 10 years into his wine career, Savio is turning out an exceptional product. His Barbera are powerful and dark wines, filled with richness and structure. But, they also have a silky, fine tannin component that makes them at once complex, but yet again, thoroughly quaffable.

You must crack open this Barbera Lidarosa from Alemat right away, drink it a little cool, then come back for more. Quaaffable AND delicious!